I got an email today. From Starbucks. Dear Stephani it read. We’re going to give you what you want.  More stars. Starting in April.

Now it’s no secret I love Starbucks coffee.  Although I don’t love much of their food and I really don’t love the overly sweet, overly caloric cakes and brownies and such. Beyond the banana bread which thankfully was retained when Starbucks bought another bakery a while back and changed all the snack food.

Well – back to my email. So now, says Starbucks, I’ll earn 2 stars for every $1 spent on coffee, food, mugs etc. Well that’s way better than 1 star a visit isn’t it? The email says it’s the #1 request from members — stars based on what you buy. $$ you spend.

I kept reading. There must be a catch somewhere. Big successful companies don’t just give things away on a regular basis. And of course — they won’t.

Now I get one star per visit. And a star for each package of Starbucks coffee I buy at the supermarket. I can just buy a basic grande coffee or maybe splurge (calorically) on a cafe mocha with whipped creme. 30 coffees or  – say – 25 coffees and 5 bags of packaged coffee and I have 30 stars.  And I’m gold for another year. Then I need just 12 stars earned any which way – for a reward. One free ANYTHING in the store I can eat or drink.  As many rewards a year as I can earn.

In April I’ll need 300 stars to make Gold. And 125 stars for that free reward. It will take much longer to get there buying just one coffee per visit. So obviously Starbucks is gambling that it’s loyal customers will spend a lot more on food now to reach the gold levels faster. Hey – Starbucks hopes you will say — let’s have a Starbucks sandwich for breakfast or lunch instead of going to McDonald’s. Making Starbucks’ lagging food products more popular. Boosting revenue. Making Wall Street happy.

Who could ask for anything more? 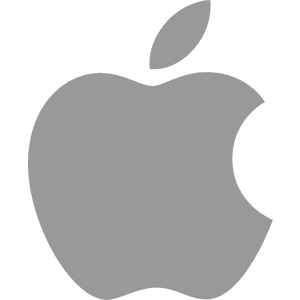 I have one foot in the print world and one in the digital one.

I still get my New York Times delivered every morning. But I usually read it on my iPhone or iPad, since a print subscription gets me through the digital pay wall.  My magazines are still piled in somewhat dusty stacks in the living room. But when I DO read them (again – print buys digital) it’s mostly on the iPad.  You get the drift.

I also read most of my books on my Kindle app. Currently I have maybe 10 in varying stages of consumption. I like the freedom to “carry” my weightless books wherever I go.  I read one entire book last summer on my iPhone during daily Prague Metro trips.

Digital is always there. Especially when you’re always on the go. But news apps and e-books have to compete constantly with Facebook and Twitter and all the other social media apps you carry along. Which can – and DO –  suck up all the air in the room. Or time in your life.  Note I said I read ONE book last summer. And that only because there’s no wifi connection underground.

I am not alone in this discovery, apparently.  The US Census Bureau data just released this week show that bookstore sales rose by 2 and a half percent last year — the first such increase since 2007! In fact, e-book sales fell in 2015 — while old fashioned print sales rose.  For many  –  that pile of  books on the kitchen table still seems to compel us to pick one up and retire with it to the couch.

Fact is — much as I love my digital print apps – when a newspaper is sitting in front of me, I can save one or two of the sections to read later. Which can be a lot harder to do with constantly refreshing digital content burying the older stories. You can say news is meant to be read immediately. And you’d be right. But there’s a lot which passes for news these days which can wait a few days. Just ask the geniuses at Twitter who are trying to destroy the much loved chronological timeline tweet feed in favor of Facebook-like, algorithm-chosen “most important” tweets.

As for magazines – unless I’m traveling – I tend not to read the digital versions — even after I’ve diligently downloaded them, chuckled approvingly at Time’s digital front page (which always comes together in ways weird and wonderful) and left one open at a video extra on my iPad as an incentive. The real thing is so much easier to leaf through, gulp down a thought or column or photo — and move on.

So I live in a world where print and digital mesh. Somewhat seamlessly. A kind of Never Land for pre-Millenial generations. Flexible. As portable as I want to make it. Always available anywhere in any form.

Right now I’m going to grab the Science Times section of today’s print version of the Times and read a few stories. While I eat a greasy, mayonnaise loaded tuna sandwich. Try that on the iMedia glass screens. You’ll never get them clean.